Playwright, actress, director, theatre academic
Jessica Kaahwa, PhD is not only an accomplished playwright, actress, director, and theatre academic; she is also highly respected internationally for her humanitarian work. A Fulbright scholar, she is the recipient of numerous fellowships and awards to continue her research and fieldwork using theatre and media as a constructive force in conflict zones and for health improvement.

Jessica Kaahwa is currently a Senior Lecturer in the Departments of Music, Dance and Drama at Makerere University in Uganda, where she also received her Master’s degree. Widely traveled, Jessica Kaahwa's undergraduate degree is from the University of Benin of Nigeria where she also worked as a broadcaster with the External Service – Radio of Nigeria. In 2001 she received her PhD in Theatre History, Theory and Criticism from the University of Maryland, USA.

Jessica Kaahwa has written over 15 plays for theatre, television and radio, including “Cornerstone”, “Dog-Bite Justice”, “Paradise for Ever”, “Echoes of Peace”, and “Drums of Freedom”. She has directed and starred in several of her plays. Her directing credits include “King Lear” by William Shakespeare, “Mother Courage and Her Children” by Bertolt Brecht (translated in Luganda and toured in South Africa and Washington D.C.) and she co-directed the “Soldier’s Tale” by Igor Stravinsky. Acting credits include “Cornerstone”, “Things Men Do” (by Rose Mbowa), “Our Husband Has Gone Mad” (by Ola Rotimi), “Death and King´s Horseman”(by Wole Soyinka) and “No More Oil Book” (by Tunde Fatunde).

A strong advocate for human rights, good governance and development, Jessica Kaahwa relentlessly raises her voice for gender equality and peace and conflict communication. She has also orchestrated several national and international initiatives using theatre for development and continues her research on the multiple applications of theatre in all facets of society.

Writing publications and manuals and lecturing on these issues internationally, she has conducted many training workshops for international and national organizations, as well as many higher education institutions.

Kaahwa is a strong believer in “teaching by doing.” Her humanitarian actions also include the establishment of a centre for orphaned children on her farm in Uganda, where she spends much of her free time enabling them to regain a sense of belonging and security. Jessica Kaahwa speaks English, Francés, Swahili, and most Bantu languages in and around Uganda (fluent in Runyakitara). 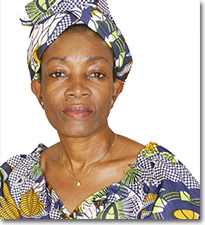